Social media is great for marketing, spreading awareness, or otherwise gathering support. However, the spreading of ideas via social media isn’t limited just to those that are useful. Recently a New Zealand sociologist, Robert Bartholomew, warned that social media is a breeding ground for mass hysteria. He used the example of the infamous Salem witch trials, during which 20 people were hanged for being in league with the devil.

Though, as coincidence would have it, another outbreak occurred, with some victims present in the same Salem region. Only this time it involved teenagers exhibiting bizarre tics. From hiccups, to body contortions, the teenagers seemed to be under some sort of spell. Only this time the occurrence wasn’t in the 1600s, it happened in 2021 and 2022. How could something like this possibly happen in a modern, enlightened age?

Mass psychogenic illness (MPI) isn’t a new phenomenon by any means. It has been around for centuries, resulting in some of the most unbelievable events in human history. The Salem Witch Trials is one example, but not at all the most bizarre. In 1518 a woman started to dance hysterically in the streets of Strasbourg, France, not stopping for days. Others joined in, until countless eventually died from exhaustion.

Interestingly, the so called dancing plague was referred to as the last of such outbreaks. It might be true that is the last case of mass hysteria on such a large scale, but the fact is that mass hysteria is again becoming a hot trend. Only, in the modern day many concur that it is social media that is fuelling the bizarre behaviour.

The internet is great for checking out soccer betting offers at online sportsbooks, or for hours of streamed entertainment, but can also have a sinister side.

It is no surprise that during the Dancing Plague the Strasbourg region had suffered greatly. From multiple famines to plagues, the people of the area were under pressure.

In 2021 the modern world suffered its own onset of anxiety, though in this case it was the world health crisis. A group, almost exclusively women, started to exhibit bizarre behaviour. Some jutted out their jaws, others contorted their limbs in painful poses, hysterical laughter was also reported. The symptoms seemed isolated at first, but it wasn’t long before others around the world started to act similarly. Why? Because TikTok spread the hysteria far and wide. Thankfully, during the peak of the world health crisis social media has been carefully monitored. Officials stopped the hysteria from spreading too far, and so it died out fairly quickly.

But Dr Bartholomew says that this sort of hysteria may well be back on the cards. He refers to hysterias’ contagious nature as ‘conversion,’ simply meaning that those that see the behaviour may start to exhibit it themselves. Hence, social media is the perfect hysteria spreading time bomb.

It might only a matter of time before similar hysteria spreads, assuming that no efforts are made to stem psychological contagions. Viral campaigns truly are the holy grail of marketing. Imagine getting incredible coverage, engaging with hundreds of thousands, or even millions of potential customers, and doing it all for next

Online marketing has taken the world by storm. In the era of new media, businesses absolutely have to have a strong online presence in order to be successful and stay 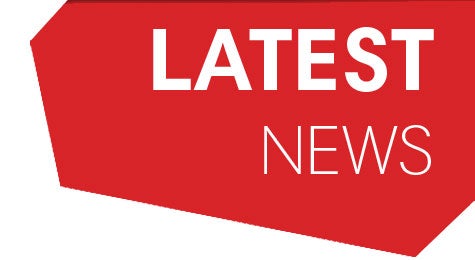 For the better part of the last century, the best way of keeping up to date with the latest happenings was by reading a physical newspaper, which could be purchased